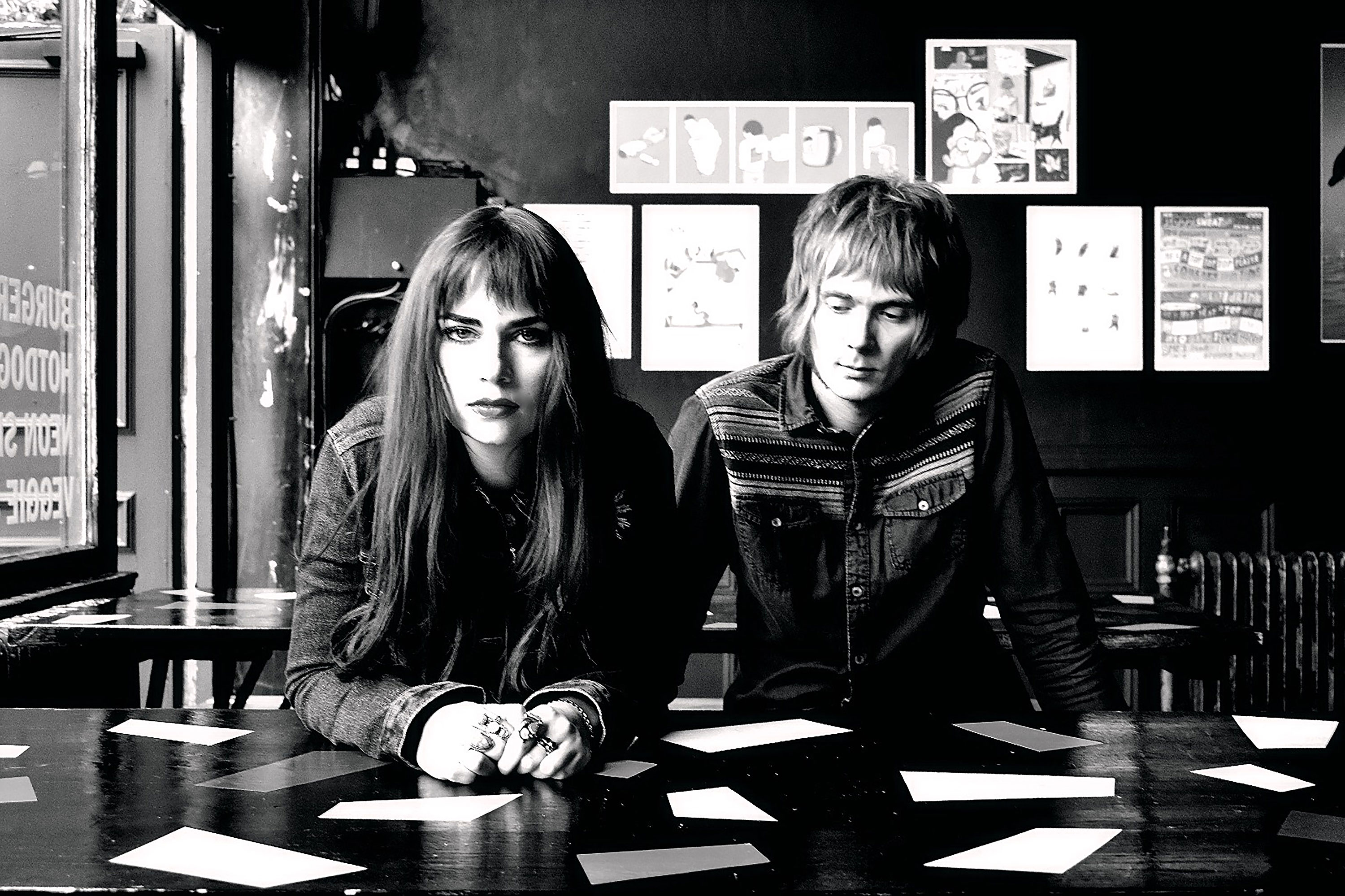 “If Phil Spector was a goth this is what his wall of sound would be like, relentless, pounding beats over fuzzed and distorted guitars and topped with a vocal so ethereal it’s barely there.” – Shindig!

“A huge slab of noise that sits between Spacemen 3 and the Brian Jonestown Massacre.” – Clash Magazine

Utilizing waves of reverb-drenched distortion, singer-guitarist Kevin Gibbard and powerhouse drummer Sophia Lacroix construct an awe-inspiring sonic monolith over the five tracks that make up ‘She Divine’. The record pulsates with dynamic rhythm and distant vocals seem to howl from inside a void of limitless noise. From the infectious, garage-inflected ‘Those With A Rope Around Their Neck (Don't Always Hang)’ to the more delicate, ‘Hearts That Beat, Will Never Mend’, the release explores themes of the divine and femininity.

Specifically, “She Divine” refers to Aldous Huxley’s 1954 psychedelia-induced masterpiece 'The Doors of Perception' where constant reference is made to the search for divinity and how all cultures are united in the need for that same search, despite their opposing outcomes. Gibbard drew a parallel between the concept of spiritual and religious guidance and his own relationships; “It’s more about support and looking out for those around you. There are some lyrics in there just for us and I like to use the imagery of the word 'divine' to use as a general subject matter. Angels are among us but they're your everyday heroes, your best mate or the back bone of your band.”

The two also took influence from the tragic story of Betty May Golding (aka Tiger Woman), a 1920’s singer, dancer and model who was a member of the London Bohemian set, and this informed their artwork. Golding was a member of a Parisian criminal gang and was associated with occultist Aleister Crowley, eventually attempting to murder him. She also later overcame a serious cocaine addiction and finally returned to Britain to write a fascinating and compelling autobiography, of which the band found endless inspiration.

‘She Divine’ also includes the bands only collaboration to date with closer ‘T -W-R-T-N-D-H’ a mix by Broken Light. “We wanted to give people more this time around and experimented with remixing and including a guest appearance for the first time. Because we are so tight it's been hard to collaborate in the past but this time it felt natural and easy so we went with it”.

Recalling the early ragged glory of Black Rebel Motorcycle Club or the Black Angels, Black Doldrums are instantly recognised for their malevolent drums and gloriously ferocious riffs. The band is influenced by much of the proto-psych of the 60s, icy post-punk of the 80’s and the Brit-rock swagger of the 90’s.