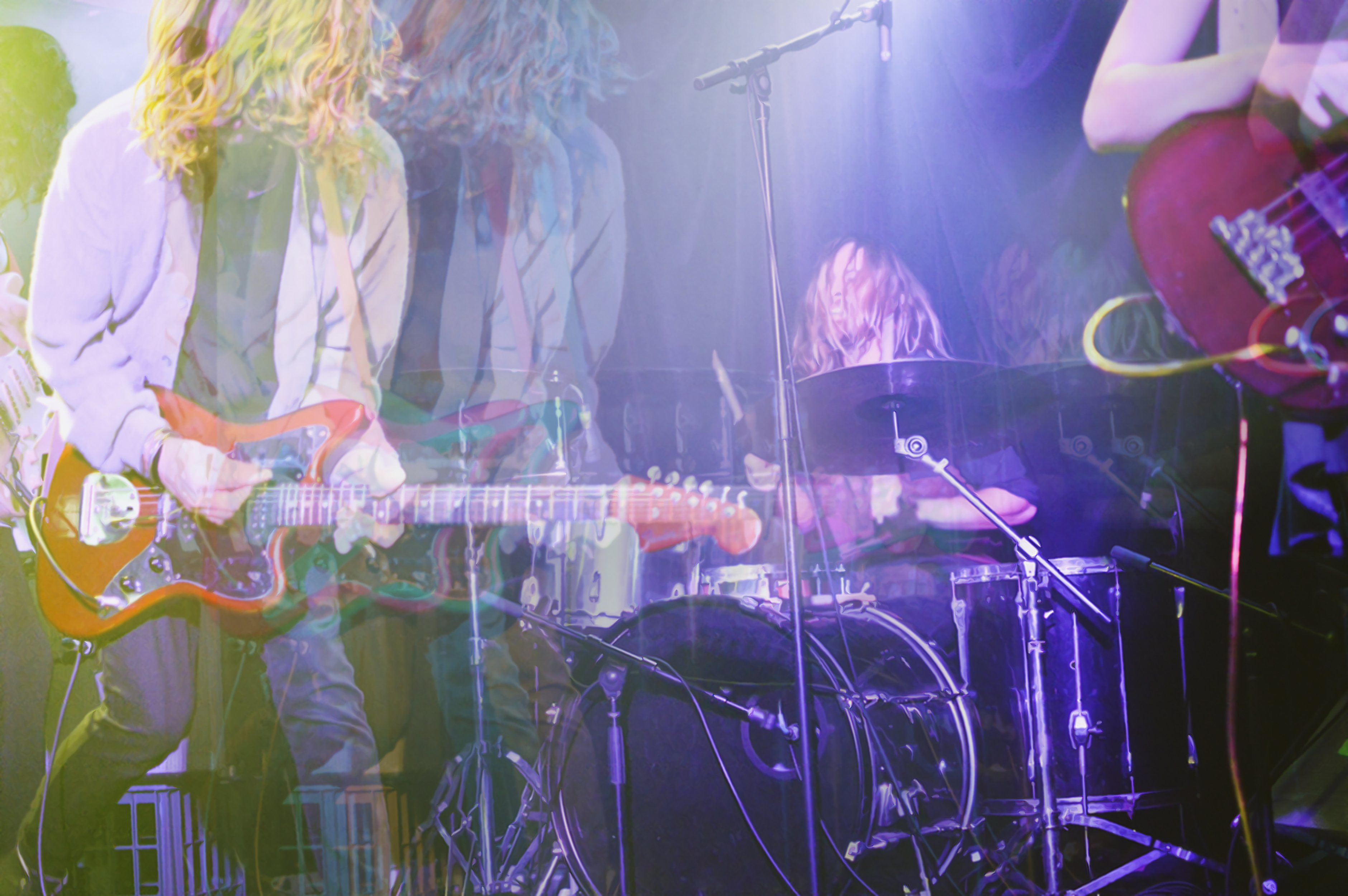 The astonishing reaction to their mesmerizing live shows in Melbourne was followed up with the release of their debut self-titled EP in 2014. It received rave reviews, stacks of community radio support and online attention in Australia but it was the international blogosphere that really got behind them, posting their psychedelic filmclips on sites the world over. It didn’t take long for the international music industry to come knocking and 5 months later the EP was released in UK & Europe through Club AC30 and in the USA through Shelflife, being played regularly on BBC 6Music, Amazing Radio and XFM and featured on international music sites like NME, Clash and The Line Of Best Fit.

True to their name, Flyying Colours unashamedly display their influences on ROYGBIV their follow up EP – tone-bending My Bloody Valentine / Swervedriver guitars, ferocious bass hooks and the familiar soft hush of early 90s dueting vocals. Added to the mix is their own edgy, refreshing pop-mindedness, buoyed by the lush vocal interplay and finely crafted songwriting wrapped up in a bombastic live show.

“ROYGBIV” has already been making waves internationally with Its recent release in the UK & Europe, Japan and the USA. “Running Late” was premiered on Stereogum and Clash Magazine online, received substantial airplay on BBC6 and XFM, sat in the Amazing Radio Charts for weeks on end and hit #47 in the CMJ Top 200 Radio Charts. The psych-shoegazers also received overseas attention through their spectacular sold-out live shows in the UK and Europe and appearances at The Great Escape (UK) and Primavera Sound (Spain) Festivals.

After signing with Island Records, the ROYGBIV EP was finally released in OZ in Aug with the single “Running Late” being added to JJJ and every community radio station in the country. With the increased attention the offers started rolling in and the gang have spent the last few months supporting Johnny Marr, A Place To Bury Strangers and The Brian Jonestown Massacre.